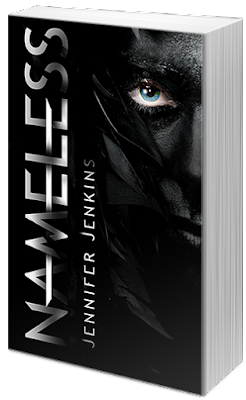 Four clans have been at war for centuries: the Kodiak, the Raven, the Wolf and the Ram. Through brutal war tactics, the Ram have dominated the region, inflicting death and destruction on their neighbors.

Seventeen-year-old Zo is a Wolf and a Healer who volunteers to infiltrate the Ram as a spy on behalf of the allied clans. She offers herself as a Ram slave, joining the people who are called the “nameless.” Hers is a suicide mission – Zo’s despair after losing her parents in a Ram raid has left her seeking both revenge and an end to her own misery. But after her younger sister follows her into Rams Gate, Zo must find a way to survive her dangerous mission and keep her sister safe.

What she doesn’t expect to find is the friendship of a young Ram whose life she saves, the confusing feelings she develops for a Ram soldier, and an underground nameless insurrection. Zo learns that revenge, loyalty and love are more complicated than she ever imagined in the first installment of this two-book series.

FYI: NAMELESS is in development for film by Benderspink! That’s the same company who optioned Victoria Aveyard’s Red Queen and produced the I AM NUMBER FOUR film!

I found this book decent and a fairly easy read. I liked Zo and how she was willing to sacrifice herself for her family but of course nothing goes according to plan with her sister joining her. Zo's clever and determined which makes her an interesting character because you can see her struggle against her nature to fight. I enjoyed Gryphon's point of view. He's flawed and living under his father's failure and struggling to follow the Ram's customs even though he doesn't quite agree with all of them.

Seemed that while the book is considered dystopian/fantasy, it seemed more old world fantasy with arrows, swords, and spears. I did struggle with the time period of this book because of that. I would have liked it more clear in the beginning where and when this took place.

I feel the conclusion could have been better or more satisfying. It prepares the reader for a second book and readers can infer what happens next so there's not really a cliff hanger more as a "to-be-continued" sort of ending.

With her degree in History and Secondary Education, Jennifer had every intention of teaching teens to love George Washington and appreciate the finer points of ancient battle stratagem. (Seriously, she’s obsessed with ancient warfare.) However, life had different plans in store when the writing began. As a proud member of Writers Cubed, and a co-founder of the Teen Author Boot Camp, she feels blessed to be able to fulfill both her ambition to work with teens as well as write Young Adult fiction.

Jennifer has three children who are experts at naming her characters, one loving, supportive husband, a dog with little-man syndrome, and three chickens (of whom she is secretly afraid).

Visit her online at jajenkins.com