Hey guys! TORN, the second installment of the Fire Born Novels by Laney McMann, has launched. Check out more of the tour at the end of the post. There is also a .99 cent sale going on for Torn right now! Got

PLUS, there's a Giveaway! You know you want in on this! lol 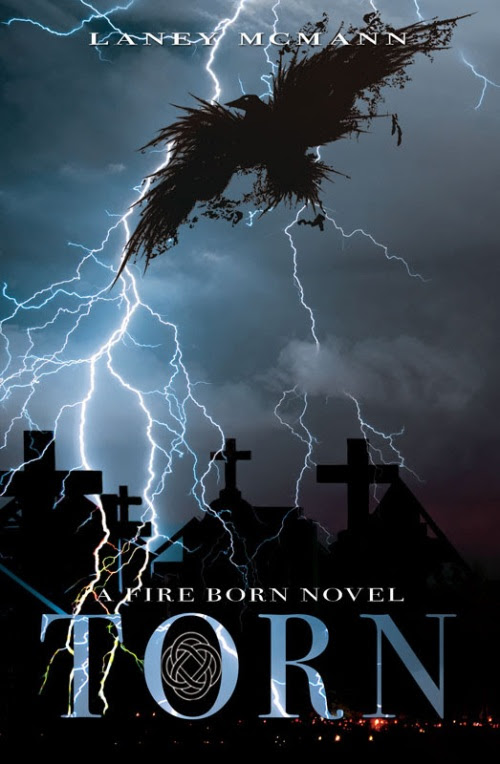 That’s all Layla cares about. Not healing from the Fomore attack. Not finding answers to how she survived a fall that nearly killed her. Nothing will stop her. She will find him. She’ll even pair up with an overbearing Fallen Angel who’s hell bent on making everything harder than it needs to be if she has to.

For Max, nothing else matters. Not the bruises covering his body. Not the pain radiating from his broken bones. Not even his hands tied behind his back. He will find a way to save Layla, and the Fomore will pay if they’ve hurt her.

Every. Single. One of them.

In the second installment of The Fire Born trilogy, a new breed of villain looms—one Layla and Max will never suspect, and this killer has nothing to lose. Better yet, with Max and Layla’s deaths, victory is in the grip of the enemy.

Will Max and Layla find each other in time, or is it already too late for them both?

To be fair, I read the books nearly right after one another (a few days) so I had a more fluid transition between the two but I found myself easily immersing myself back in the world and picking up where I left off. I think anyone who picked up the first book will be able to jump into the second one without a problem.

Torn picks up where you left off from Tied (Book #1). I feel like I actually liked Torn even more than Tied just because we find more about the history of the Fire Born that we lack in the first book. The first one was a great read but it was all about discovering who Max and Layla were and what they were together. In the second book we dive deeper into understanding why things were the way they were and what is expected of the protagonists.

The author puts the characters through the ringer a bit which I liked. I could feel the pain that they experienced being apart and I like the twists that the author uses to have the characters change. While I didn't love it, I feel like it was done in an acceptable way. I couldn't find myself agreeing with the character's actions or reactions but I was tolerant and the pay off was worth it in my opinion. I was afraid that I'd find it more unbelievable to me that the characters could have a change of heart so easily. Glad to keep rooting for them.


I'm glad that all the characters had roles in the story. There aren't really any useless characters which is definitely a plus in my eyes since I loathe them. I did see the damsel in the distress trope in the story which isn't bad but I would have liked to see it only done once in the story. I do like the complexities of the characters that they aren't just black/white personalities. That they are variances of in between and the way the author handled that gained my admiration.

I found myself flying through this book. While I sped through both, I was near the edge of my seat in this book just to find out what happens with the characters. Thus, I believe the pacing was excellent. It definitely picked up towards the middle and end of the story which I loved. Also while I don't really care for episodic scenes in this story, which happens for flash backs, I do feel like it was handled better in this book than the previous because it wasn't as jarring to me as the prior book. I think wasn't as confused since I knew where these visions were coming from where in the first one it seemed as if the protagonist had gone crazy.

Like the first book, this book ended with a major cliff hanger and one that left me moaning in anticipation because I wanted to dive into the next part of the story. I highly recommend reading this story if you loved the first one. If you like Celtic myths and paranormal romances with battles that cross generations then I would pick this book up. 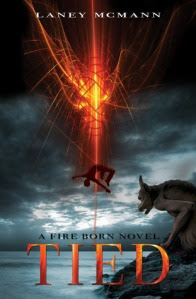 Normal people don't believe their nightmares stalk them. They don’t fall in love with boys who don’t exist, either.

Seventeen-year-old Layla Labelle, though, is far from normal. Her delusions walk the earth. Her hallucinations hunt her, and her skin heats to a burn every time her anger flares.

Or is that all in her head?

Layla doesn't know what to believe any more because if none of that’s true, Max MacLarnon must be an illusion, and her heart must still be broken.

No matter how much she wants to believe Max is real, doing so would mean everything else is, too. How, then, is that possible?

The answers lie in an age-old legend the supernatural aren’t prepared to reveal, and with a curse that could tear Layla and Max apart forever—if it doesn’t kill them both first.

In TIED, book one in the Fire Born trilogy, learning the truth will mean fighting an arsenal of demons, and being with Max will put Layla on a path toward her own destruction.

Just how far will Layla go to protect the one she loves?

The answer may never be far enough ... away. 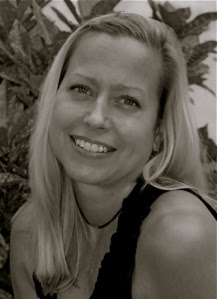 With a passion for the supernatural and all things magical, Laney developed a voracious appetite for reading fantasy at a young age. A vivid imagination helped set the stage for creating her own worlds and placed her onto the writing path. By the time she reached her teens, she'd accumulated notebooks full of poems, which led to short stories and finally novels. Young adult dark fantasy, paranormal romance, and mythology are among her favorite genres. A former classical dancer and chef, she grew up in sultry Florida where she still resides with her family.

And until September 15th, TIED will be on sale in honor of TORN's launch.